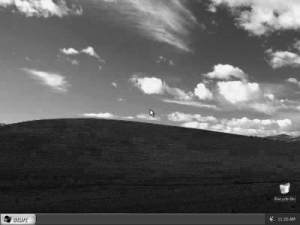 April 8, 2014. That’s the day when, after more than 13 years, Microsoft will officially end support for Windows XP and Office 2003. Like millions of others around the world, you may be perfectly happy with your XP system, but it’s now time to move on to either Windows 7 or Windows 8. Here’s how.

After April 8, Microsoft will no longer release any patches or updates for XP, even if critical bugs are found. The only exceptions will be for large corporate customers willing to pay $200 per computer for a year’s extension of “premier” support for hundreds, or thousands, of machines.

Cyber attackers will be able to target vulnerabilities in Windows XP without fear the flaws will be patched, and there won’t be anything users can do to protect themselves besides upgrading to a newer operating system.

Experts worry there will be a jump in the number of attacks targeting XP users come April, especially after new flaws in XP are inadvertently revealed by related fixes to Windows Vista, 7 and 8.

Since you’re going to have to migrate anyway, you might as well as move toward a XP-free future now, instead of waiting for attackers to wreak havoc with your digital life.

Before kicking off the migration process, it’s important to decide whether to move to Windows 7 or to Windows 8.

Windows 7 is already more than 4 years old. Mainstream support — i.e., free telephone or online support — for Windows 7 will end in January 2015, although extended support, which includes security fixes, continues until 2020.

Windows 8 — technically Windows 8.1 when the latest updates are added — will require a bit of tweaking for many applications, because the user interface has substantially changed from the “classic” Windows look. But mainstream support for Windows 8 won’t end until 2018, and extended support will go until 2023.

MCS still recommends buying a new PC with a Windows 8 license, but using downgrade rights to run Windows 7 instead. It appears that Windows 8 was DOA for the business world and waiting for another major update or skipping 8 entirely might be the best strategy for now.